Middle Child Syndrome: Everything You Need to Know

It is not unusual for middle-borns to feel left out in the sibling shuffle. But is the middle child syndrome a real thing? Are all middle children resentful and bitter? Does being a middle child affect your personality? Should you be concerned about this condition? (Or for your kids developing the same?)

Whether you are a parent looking for tips to raise your younger ones well, or a middle child who’s curious to learn more about a ‘syndrome’ named especially after them, you have come to the right place.

In this guide on dealing with the middle child syndrome, we will help you find all the answers you need by uncovering the truth behind this ‘psychological condition.’

Let’s begin by first understanding what the syndrome entails in the first place.

What Is Middle Child Syndrome?

The middle child syndrome refers to the feeling of exclusion that is commonly experienced by most children who aren’t the eldest or the youngest in their group of siblings.  It is the belief that middle children often feel ignored, or at times, even completely neglected because of their birth order.

As the general belief goes, middle children tend to be resentful and bitter. They mostly have a negative outlook on life as they are plagued by feelings of unworthiness which ultimately characterizes into low self-esteem, and makes them isolate themselves from the outside world.

This condition was first explored by an Austrian psychiatrist, Alfred Adler, in 1964.

Adler, who worked closely with the renowned neurologist and the founder of psychoanalysis, Sigmund Freud, developed a theory relating a person’s birth order with their personality development.

The theory suggested that a person’s rank among their siblings has a major influence on their mental wellbeing. It affects their ability to cope with stress and anxiety, as well as their problem-solving skills and psychological development later in life.

Many people agree that middle children are more susceptible to negative feelings than their siblings raised in the same environment. But the extent and severity of the middle child syndrome, as well as the likelihood of middle-born suffering from this condition, have long been debated over.

This brings us to the next question:

Is the Middle Child Syndrome a Real Thing?

Katrin Schumann, a certified psychologist, and researcher explore the concept in her book, The Secret Power of the Middle Children.

In other words, the symptoms of middle child syndrome do not necessarily depend on the birth order entirely. They have more to do with the family background and the manner in which the children are raised in the first place.

Dealing with the Middle Child Syndrome

You might have come across your fair share of relatives or acquaintances who believe that middle children tend to fare worse in life. Or perhaps what you read above resonated with you and you really do feel neglected, hurt, and, at times, even completely left out by your own family. You might be tired of being overshadowed by your siblings at various instances in life and feel like you never got the love and attention that you deserved from your parents.

If that’s the case, it’s important to remind yourself that as humans, we all make mistakes. Even if you feel like your parents hugely favor one child over the other, it is unlikely that they are doing it on purpose.

If it’s really too severe and you are having difficulty in dealing with the differences in behavior, it’s best to have a proper discussion. Rather than suffering in silence, let your family know about your concerns so that they can help solve it together.

Similarly, if you have a middle child of your own, reach out to them first. Have a friendly discussion to get to know if they feel left out. If you don’t want to be so straightforward, then it’s best that you take time out to make them feel special at least once in a while. Go out on a short trip, bake together, or do any other activity that brings you closer together. But remember not to overdo it because that can backfire and lead to exactly the opposite of what you’re trying to achieve.

When it comes to dealing with middle child syndrome, the important thing to remember is that it is not a medical condition. Although it is common for middle children to feel neglected more than others in the family, the resulting ‘resentful’ behavior is not exclusive to middle-borns only. The eldest and youngest children in the family can also show rebellious behavior depending on their upbringing and the overall role that they play in the family.

Your personality might be slightly affected by your birth order. But it sure isn’t determined by it solely. So, regardless of what the world might say (or even how you might feel being dominated by your siblings at times), know that you are the master of your own fate. You can craft your personality exactly the way you want.

If you never get the spotlight to yourself, there’s no need to worry. Be your own light, and others shall seek you on their own! 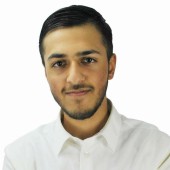 I serve as the Founder of Sixth Sense Strategies, and now your Host at SelfAdmire.com. This company came up from nothing just like I did when I chose to quit formal education at 16. With minimal resources and no external funding, my content began to reach hundreds and thousands of individuals who all became desperate to learn more from me. Today, we serve over seven thousand customers through our life-altering online video training programs. Putting successful information programs together today for me is not work, but more-so an art. Within two years of leaving formal education, I was able to generate over half a million dollars in my business and start multiple six-figure companies. In a few short years, I've left a significant mark on the internet marketing industry. Today, at SelfAdmire.com I serve a broader market that is yet to discover their keys to freedom. Are you ready to discover the real purpose of your life? Follow me here!

Achieve Excellence in Life by Committing to These 7 Daily Habits

Is Self-Admiration the Hidden Key to Success? A Complete Guide to Life Freedom

Why Studying Personal Development Can Slow Down Your Growth

Please disable Adblock for this site.